A rendezvous with Greatness

“Make sure you’ve locked your heart securely before you go,” said a little voice; it was Curiosity as it flashed a beautiful treasure chest before my eyes with a chunky lock and key. The intensity, with which impulsive Inspiration was driving  me towards meeting this enchanting energy on the other-side of the phone, could not be controlled; it was like I had been possessed and was no longer in control of myself. Curiosity had taken over and I could do nothing about it, I didn’t want to either – all ability to think rationally was beyond the reach of Fear triggered by Beliefs I had adopted through life. 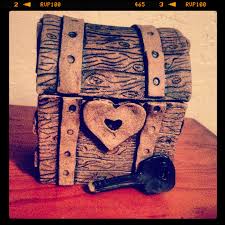 The train pulled slowly into Kings Cross Station and I quickly stood up, straightening my red dress; he said he liked the colour red; Checking that my earrings had not fallen out. It was a very busy train at 7pm with commuters dashing to get home as quickly as they could. I stepped nervously out of the carriage and felt Curiosity possess my being, whilst it carried me excitedly towards the exit gates. All I could hear was the beating of my heart pounding violently in its locked chest. I was frightened, nervous and yet disobedient to the Beliefs I had carried all through my life until now. I felt courages with Curiosity as my ally.

In the distance and beyond the ticket gates I could see a smartly dressed, confident-looking figure, leaning arrogantly against a crisp steel reflective pillar which mirrored the reflections of the commuters as they passed. He was dressed in a smart grey suit and wore a striped shirt with the top button open, revealing a white vest. The vest made him seem safe. He looked relaxed and confident with a charismatic energy surrounding him. It was Greatness himself, I heard a voice tell me deep inside, I watched him standing defiantly, clasping a rolled bunch of papers and looking eagerly around for the light of inspiration that had caught his interest just a week ago; a light that intrigued him because it was ‘different’, he had told me. “Oh my God!” I thought, as I glanced at him and found myself swept up in front of him like he was a deity. “He looks just like his picture,” I thought. My body felt tight, my throat dry. Frightened and yet excited, I saw he recognized me instantly, as he stood up straight and smiled a broad smile. It was not long before we were facing each other, I looked up at him and to help steady myself, I found myself raising my arms to give him a hug and say ‘Hi’. That was not the message he read, and he kissed me passionately, draining all my energy.

Tears formed in my eyes as my body trembled under the emotional intensity of his embrace and the ability to see clearly surpassed me. ‘Could this be the one’, I thought. Excitement rushed through and round every cell in my body and before long I found myself hand in hand, walking through the station towards a coffee shop outside St Pancreas Station. Feeling a little out of place, I looked around as Fear crept in, triggered by dormant Beliefs trying to raise their ugly head and take control; “This is not you!” they whispered in condescending voices, they were the voices of my mother, of my culture; they were the ones who had been controlling my life. Instantly, Curiosity soured back to push Fear out of the way, making room for Curiosity to bring back the deep feeling of happiness. I welcomed it back; it was the first time I felt truly alive for a very long time