Have you ever sat in complete silence, no mobile phone, no computer, nothing to tell you the time, in a space where there are none of your personal belongings?

I would like to share with you my adventure into myself, but before I do, let me tell you how I got to do this when I could not see any opportunity to do this challenge as part of my MKE journey.

Just a week ago we were asked to choose a time to about 3-5 days where we could sit in complete silence continuously. On the mention of this on the live webinar, my mind instantly ran through my week, my responsibilities, my commitments and obligations, and thoughts ran through my mind telling me, where could I possibly find the opportunity to do this. I had just become a NEW Grandma, and they live with me not to mention I work full-time, but there was a gut feeling that I do want to do this.

I decide to make a commitment shortly and consider dedicating the days in the middle of May because I could take advantage of the month of Ramadan and maybe I could reside for these days in the mosque. I hadn’t been to a mosque for some years now, and I’m sure nobody will attempt to talk to me as they will know about sitting in silence for some days. It’s something practiced in the religion, but I had just never really paid much attention to its benefits or understood the value.

My day started like most of my days during the week but this day just felt great. At work, I found myself with a group of students aged 17-18 who did not have a teacher. I am not required in my class due to an error on my timetable and therefore was able to teach a lesson of Ethics and Philosophy to these students. We had a fantastic time, I showed them how to understand money from a spiritual sense, and they thanked me in return for making them ‘THINK’ more than they had done the whole year, in their words. The next lesson was just as amazing. The topic, ‘IS THERE A GOD?’ a great lesson with students in good discussion and thinking. I was buzzing as another class left, thanking me for the teaching and making me feel even more grateful for my day, and it was just the morning.

I made my way to the little staff room where I could take a break before embarking on my third lesson. Having just settled down, in walks the head teachers secretary and requests to speak to me urgently. I can still remember her stern look and her rigid step as she approached me. I laugh nervously and ask “have I done something wrong?” I could not believe it when she asked me to leave the school grounds immediately because a student has made a serious complaint about me. I asked her what had happened, but she refused to tell me and insisted that I leave the school grounds now! I’m not sure if you can imagine just how confusing and unbelievable this whole situation seemed. I was sure there must be some confusion. My mind ran through the two lessons I had taught, but I couldn’t find anything that could be so serious that I had to be removed from the school immediately. 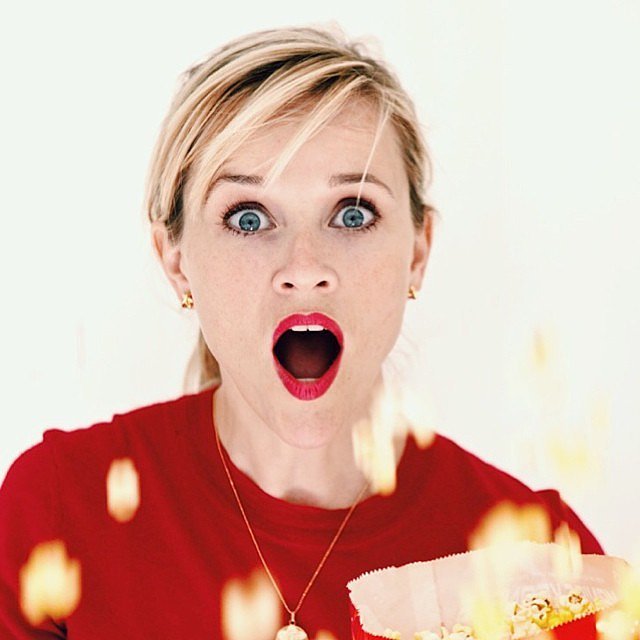 On entering my car, my body starts to tremble, and I’m nervous. What could have happened to get this result? I ask myself. So I call the agency for whom I am working and ask them what is the complaint as the school is not telling me. The school had asked me to telephone my agency to find out.

“Two students have complained you physically assaulted them, and they had the bruises on their shoulders to show how you had held them and squeezed their shoulders with force. Another student also complained saying that the conversation you were having in class was making him uncomfortable as he had just lost his mother a few days earlier. The student said; you had told him to shut up and live with it.” said Henry the recruitment advisor.

“WHAT!” – I replied with shock and horror. “I had the best two lesson’s I have had in a, and not even one student was out of their seats. In fact, they thanked me. They must have me mistaken for someone else,” I tell the recruitment advisor.

“I’m afraid not, and the children gave your name.” He replied.

I feel like crying; this can’t be happening. Henry goes on to tell me, the incident will be reported to the local council and interviews will be done with the students, the parents and myself and until the case is settled, I am not able to work in another school.

My body started to feel clammy, hot and disbelief swept through me like a wave but with more force, this time as thoughts of my gleaming teaching career of thirteen years goes down the tube. “What am I going to do?” I ask him over the phone. “None of this is true!” – His voice apologizes on the other side, and I can do nothing more but hang up the phone. But then a thought jumps in THE LAW OF SUBSTITUTION. “Something amazing is gonna happen,” I tell myself. This is just too crazy a situation.

The head teacher calls apologizing for an error. He had read the wrong teachers name and sent me home by accident. He lets me know how many members of staff had come forward in disbelief of the allegation and the support his teachers were showing for me was brilliant, even though I had only been working with his school for a few days.

He informs me he has let the agency know of the error and apologized again. Knowing that the divine works in mysterious ways, I ask him to look at the educational program, I would like to deliver with their senior students, and he agrees to look at it. I felt gratitude and excited that the universe had brought me to the attention of the headteacher. This error was just too ridiculous with my senior level of teaching. The agency couldn’t believe the allegation but had to take the precautions to safeguard their position and had canceled the rest of my week’s employment. Little did I know this little blunder was not going to go away quickly.

It had just been three days since my new grandchild had come home from the hospital and my daughter-in-law had had to have a cesarian. She needed constant care and attention to get better, and so we had decided it would be best she goes to stay with her mother for a few days.

A thought crossed my mind; ‘If I didn’t have to go to work, I would have been able to do my days in silence in this week.’ I brushed the thought away and was glad the matter had been resolved, and I would be back at work for the rest of the week. But the universe had other ideas.

The next day came, and I got a call just as I am leaving the house; “I am sorry,” Henry tells me; “I’m afraid the school you were registered to attend had replaced you with another teacher after we called them to suspend your contract.” He didn’t have any work for me to go to on that day and apologized. That meant I was not getting paid for no fault of my own. I decided to catch up with some of my online training and hoped in the back of my mind things would sort themselves out for the rest of the week. Increasingly a desire to do my days of silence starts to build up as my daughter-in-law and my son leave to spend a few days at her mothers home for some rest.

As the desire to do my days in silence increased; I decided that if no work would come the next day, then I would commit the rest of the days to do my silence. The following day happened, and the call from the agency tells me they are sorry, but they have no work for me that day as well. 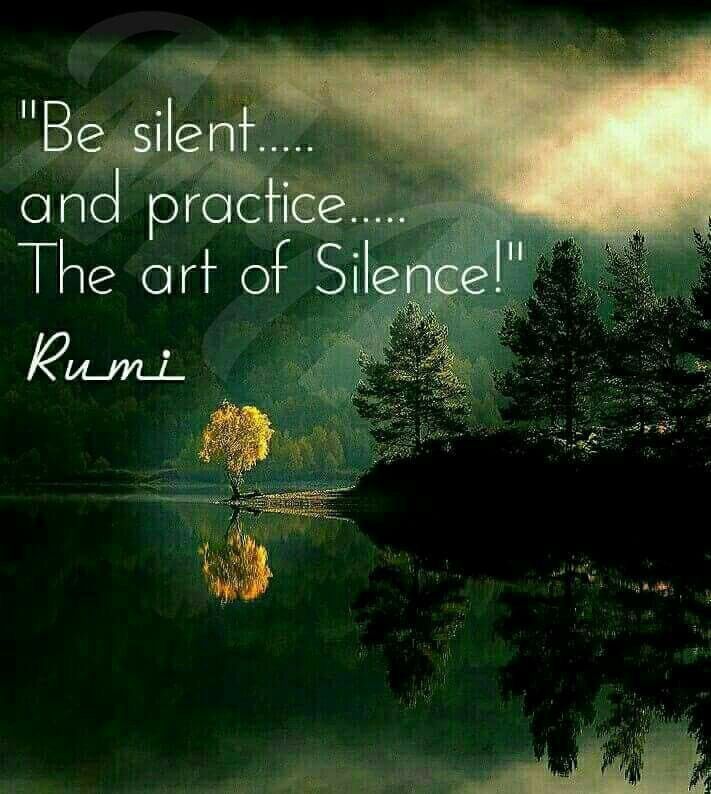 As I sat on the coach, I listened to the silence and watched the undisturbed sound of silence. I was enjoying the disconnection from the hustle and bustle of the world. Not once did I feel the desire to look for my phone or a need to connect to another human being. I watched the day turn from morning to noon and from noon to dusk and then to nightfall.

I realized I had had no desire for food and reached for a glass of water to ensure I stayed hydrated.

Visions of my major purpose (DMP) flashed through my mind as I drifted off to sleep. Clear images in detail flashed through my mind of my now self-performing the actions to match my life plan. I was enjoying it, and my body was making deeper connections as I felt the waves of goose pimples run through my body. It felt beautiful and relaxing. It felt doable, and I wasn’t afraid to do what needed doing.

Visions of my different goals flash through my mind and even images of people who play significant roles in my future selfs life and then the day came to a close.

The only consistency I kept was reading my commitments from the MKE and even though I wanted to read a book, any book rather than sit in silence; I resisted the desire to let my ego take over and keep to the commitment of doing the SILENCE correctly.

DAY 2 was somewhat different. On several occasions I found myself looking around the room for my phone. A desire to connect with my children would creep up without any warning, and my body would respond until I realized what I was doing. These actions would occasionally happen in mere seconds and disappear as soon as I became aware.

DAY 3 the most profound awareness was on the third day. I cried on a realization of something which I had read several times already during the week. But today I cried over the same sentence. It felt different for some reason.

“… man is not a body with a spirit, but a spirit with a body.” – Charles Hannel

This sentence just seemed so profound, and that’s when I realized the question I had asked all my life had been keeping me from making that BIG LEAP. I came to realize why I had been holding myself back from so much. It was because I had stayed looking for reasons for how to move forward and that was the exact reason why I had not moved forward. I have already arrived!!!!! I am already where I want to be. There is no more to search for, and there is no more than I need or should do to get where I want to go. I AM THERE ALREADY, and I WAS ALREADY THERE. It had been this one question I had been asking myself that had been holding me back all my life.

Do you have a question you often asked yourself?

Write it out and look at what that question is doing to you? Where is it taking you? Is it leading you down the right path?